Introducing the all-new MAG CORELIQUID Series CPU liquid cooler loaded with innovations like rotatable blockhead and radiator pump design. It is easy to mount the blockhead right. Noise level & vibration will be pushed to new low. Highly effective heat dissipation keeps your CPU cool for consistent performance. Letting it shine in sync with MSI cases and coolers is totally effortless. 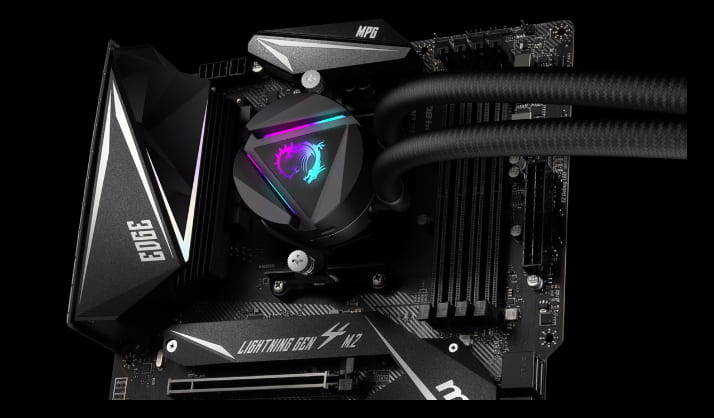 Mount the cold plate at any orientation, turn the blockhead up to 270 degrees, and keep it upright. 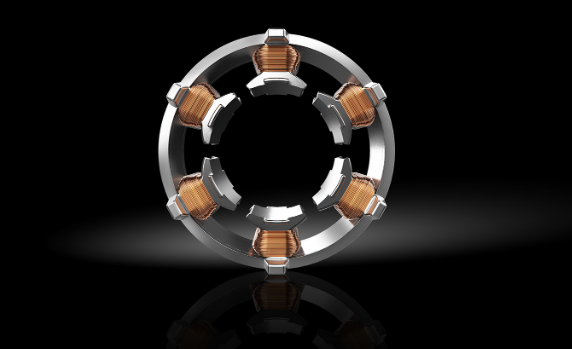 A durable three phase motor at the core of the pump generates minimal vibrations for long-lasting operation. 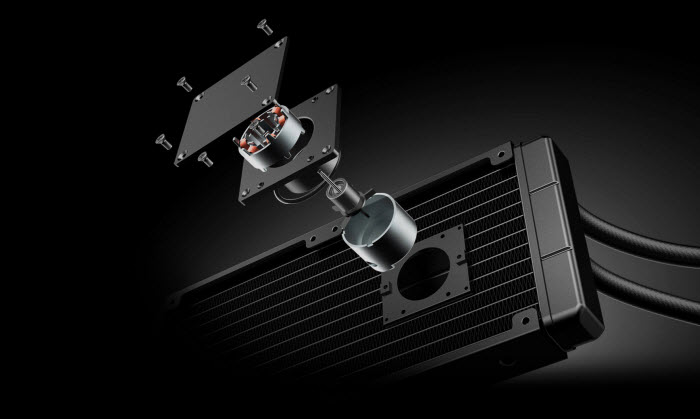 The pump has been integrated into the radiator for sound dampening and noise reduction. Additionally, placing the pump into the radiator also increases the pump's life expectancy by moving it away from the heat source. 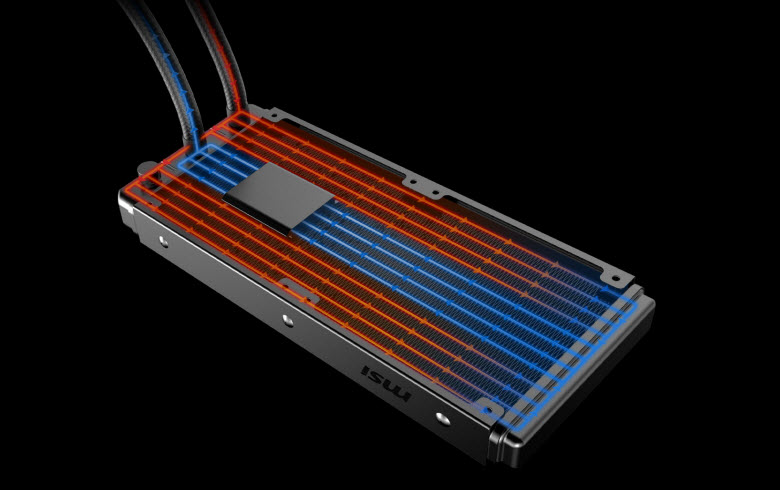 A split pathway through the radiator rapidly dissipates heat, cooled liquid is then pumped back into the loop. 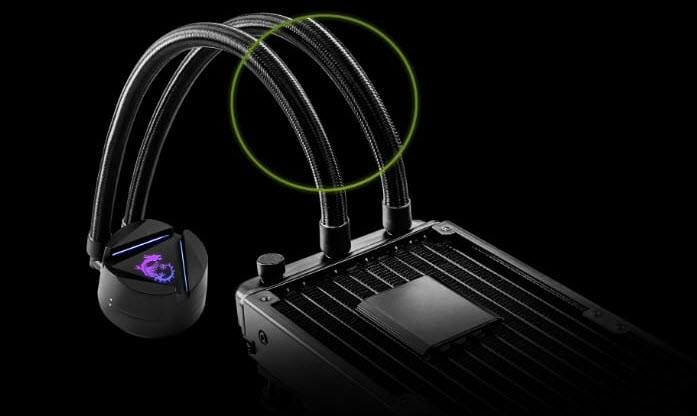 Constructed with three layers of netted plastic tubing and a reinforced mesh exterior.

MAG CORELIQUID 360R's noise level is significantly lower* than that of competitor's by 10%.

For those who prefer a quieter environment, a bundled noise reducer cable changes the fans' speed to produce less sound while still providing good airflow.

DIY 2.0—INTEGRATING WITH THE SYSTEM ENVIRONMENT

Connect and synchronize with MSI coolers and cases with strategically positioned pin-header locations including a dedicated pump-fan header. 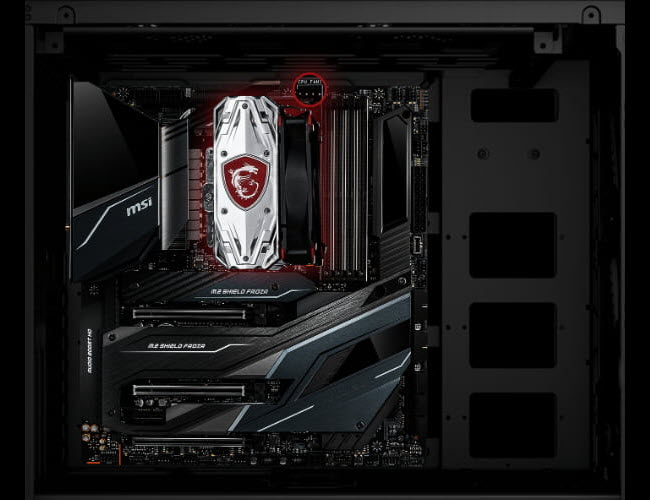 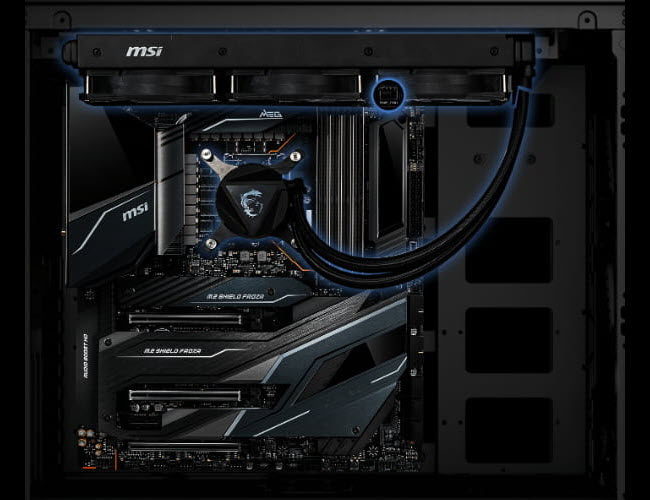 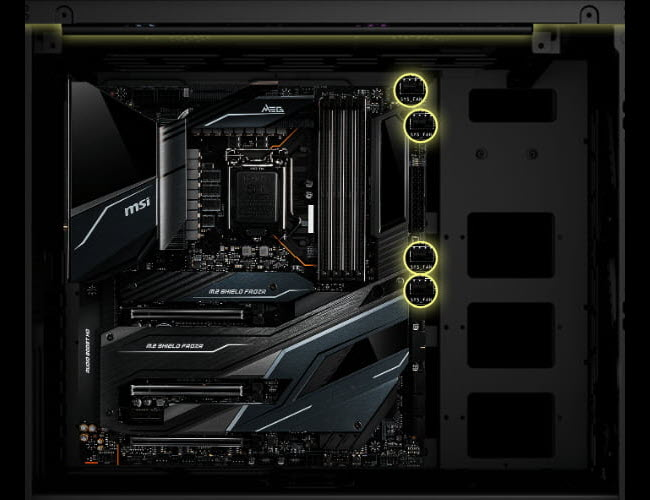 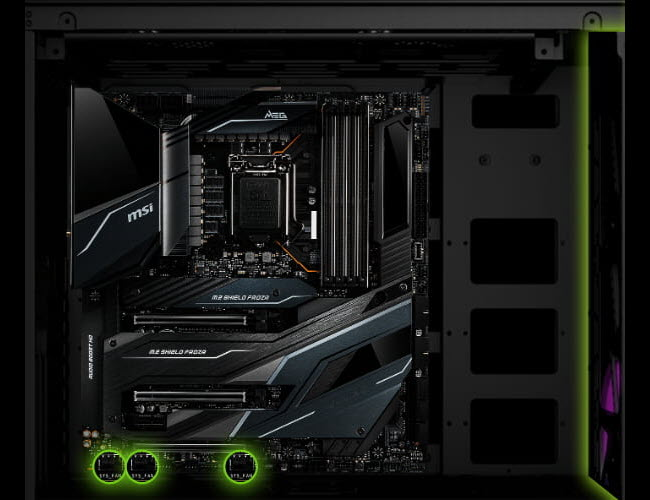 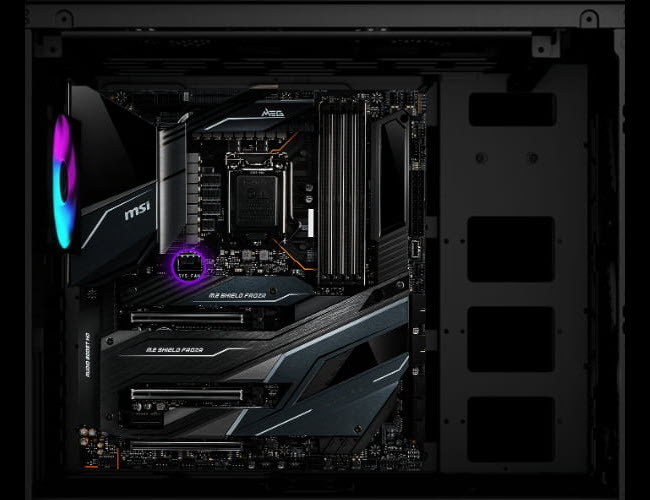 Robust yet built for flexibility, MAG CORELIQUID Series has been designed with a secure installation bundle with compatibility on a number of Intel and AMD motherboards.

* The test result is tested with TTV method.